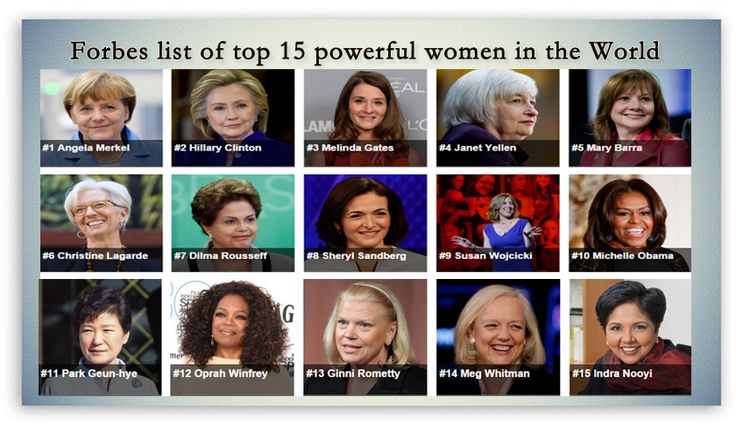 By Team GNT– In a press release today Forbes has revealed its top powerful women in the World. The German Chancellor Angela Merkel topping the list for half a decade consecutively at No. 1. Second in the list was dominated by Hillary Clinton (Presidential Candidate of United States of America) and Melinda Gates in the Third position. U.S. Federal Reserve Chair Janet Yellen was ranked number 4 and General Motors CEO Mary Barra is at number 5.

Members of the 2015 raking represented in the eight categories which are prominent in the field of technology, politics, business, finance, media, entertainment, philanthropy and billionaires. The rank within the individual category and overall rank Forbes applied four metrics money, media, impact and sphere of Influence.

This global list featured eight heads of state and one Monarch who govern nations with a combined GDP of $9.1 trillion The No. 1 Power women, Angela Merkel, German Chancellor control nearly $ 1 trillion in annual revenues according to the list. The list also featured 15 billionaires with total worth in excess of $ 73.3 billion in terms of net worth.

Forbes List of Top 15 Powerful Women in the World:-