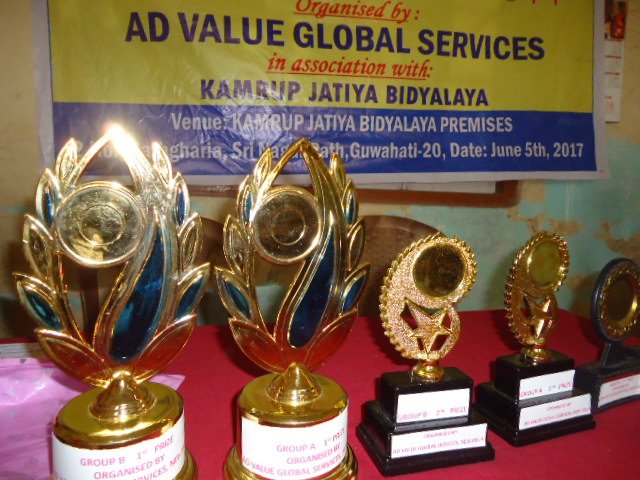 Guwahati, June 6, 2017:  Team Ad Value Global Services, New Delhi the promoters of Global News Trendz on an occasion of World Environment Day that is on 5th June organised an event to promote awareness among the student. The occasion was initiated with the tree plantation ceremony by the Director of the organisation Mr. Nayanmoni Kalita with a welcome note followed by an introductory speech on encouraging worldwide awareness on the environmental issues and action for the protection of our environment. The Chief Adviser of the Ad Value Global Balendra Kalita also briefed about the importance of world environment day and its impact in the society.

An art competition was also organised in Kamrup Jatiya Vidhyalaya, Guwahati, Assam, India with the key theme featuring “nature and protection of environment” among the students where more than 100 students have taken part in it.  The competition was followed by a discussion with the students on importance of balance ecosystem and its impact on humans being.

The daylong event was concluded with the prize distribution ceremony presided over by Chandra Barman Principal of Kamrup Jatiya Bidyalaya where the promoters of the organisation Global News Trendz Balendra Kalita (Chief Mentor), Nayanmoni Kalita (Director) , Anandita Sharma (Director Finance) and several other dignitaries also present the meeting on this occasion.