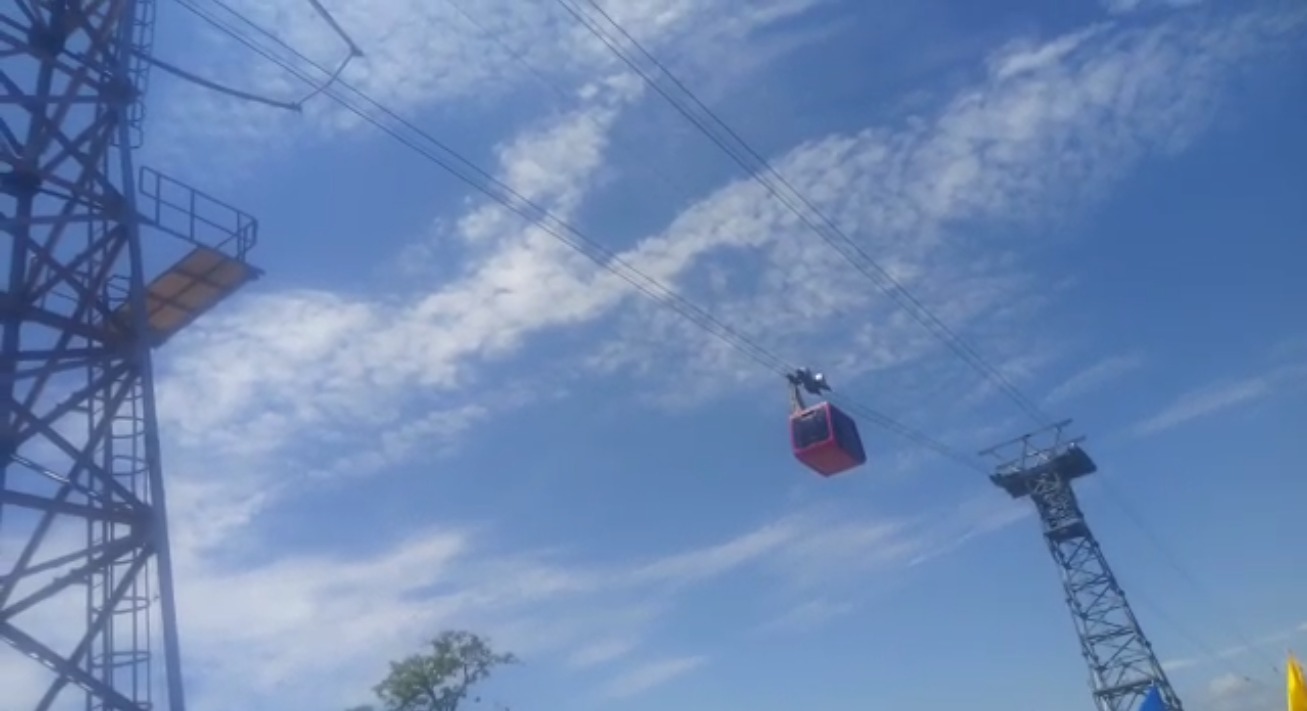 The 1.82 Km ropeway will operate from Kachari Ghat Pan Bazar connecting to Dol Govinda Terminal in North Guwahati. It has been seen as a boon to the people in the region where it will take merely eight minutes to cross the Mighty Brahmaputra river . It will also boost tourism in the region in days to come.

The Project has been one of the most Ambitious

Plans of the Government have been built with a cost of 56 Crore. The Ropeway is a twin track, single haul, bi- cable, double reversible jig back system with two cabins- having capacity of 30 passengers along with a single operator. The capacity of the Ropeway 250 persons per hour.

The Ropeway in Guwahati is by far the Longest Ropeway in India, built as per international Standards Rites Limited was the consultant, while the contract was executed by Samir Damodar Ropeways Pvt. Ltd. And Switzerland Garaventa AG was responsible for vetting the designs and other safety standards.

This project has bought a lifelong solution for people commuting from Both the ends of the city.